THE AWAKENING: there are no guarantees

Change is defined differently by each person.

We hear the moving accounts of how cancer brought about change to our Super Survivors. 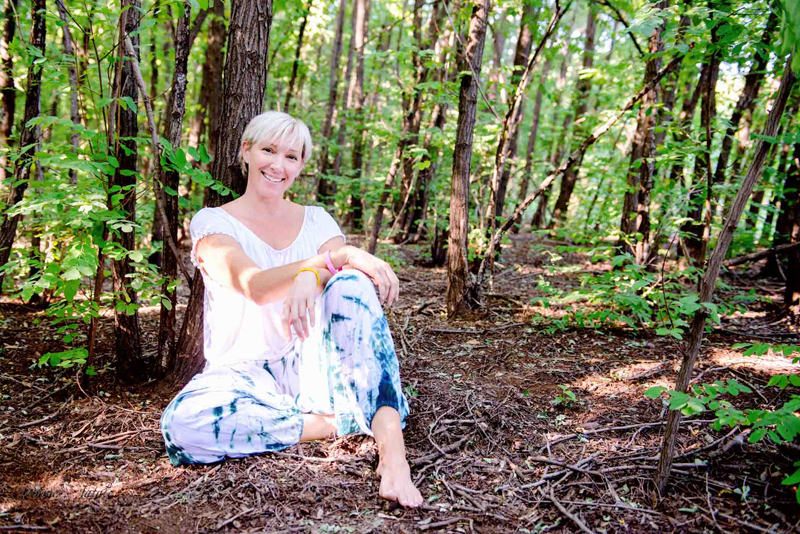 Heidi Bresler (43) lives in Vredehoek, City Bowl, Cape Town. She relocated from Johannesburg to Cape Town in 2012, four years after her diagnosis.

If Heidi never persisted with her desire to get a foot rub in 2006, ultimately she wouldn’t have discovered she had Stage  1 ductal carcinoma in situ (DCIS) ER+, in her left breast, two years later. While having therapeutic reflexology done, Heidi was asked if she was an alcoholic? She promptly said “No”, then she was asked if she was on a contraceptive pill. To which, she replied “Yes”. It was explained that her liver was not functioning properly, and was advised to stop the pill, and to consult with her gynae as her hormones would change.

She stopped the pill, and her gynae sent her for a baseline mammogram at the age of 32. The result was of concern, and a fine needle biopsy was done, but came out negative. She was told she would have to come back a year later; this result was still a concern, and a core biopsy was then done, but also came back negative. The following year, at the age of 34, the mammogram result had not changed and was still a great concern. A hookwire biopsy was done, and she was referred to a specialist breast surgeon to remove and inspect it. Three days later, in September 2008, Heidi received the diagnosis.

Heidi chose to have a bilateral mastectomy and immediate reconstruction with a tissue expander; this took place in October. She then started four cycles of chemotherapy. Her lymph nodes were not affected so she didn’t need radiation. She was advised to go on tamoxifen but was content with her decision not to, but added that it is not advisable in all cases.

For a few years after her diagnosis, Heidi worked as an early interventionist in both Gauteng and Cape Town, but because she was born in Cape Town and with the discovery of having breast cancer, she had a knowing that it was time to go back ‘home’. “I felt that living in Joburg had given me cancer, and I needed a slower pace of life…I have no family history of cancer, have always lived a healthy alternative lifestyle, so to me the stress and fast-paced lifestyle was the cause.”

It wasn’t an easy decision to make, as Heidi’s partner of nine years was not able to make the move due to various work contraints. Cancer had also changed their relationship; it changed his role from being her intimate partner to her supporter, as well as Heidi’s outlook – she now wanted to live life and explore, whereas he felt he needed to be the grounding force in her life. “He will always be my beloved, and will always be in my life. When I visit JHB, which is fairly regularly, we still share a home, and I see my animals that I left there. We have a healthy, respectful understanding.” Heidi made the final transition to Cape Town at the start of 2012.

Once Heidi moved, she stopped working for two years, and embraced the slower-paced lifestyle. Her exercise regime changed from weight training in gym to doing Yoga (Bikram and Kundalini), and spending more time in nature. She realised the mind, body, and spirit are all connected, and you can’t focus on one in isolation. “Cape Town has a more feminine energy, where JHB has a masculine energy…I needed to get in touch with that…with the left breast being associated with self-nurturing or lack of it…I became ‘selfish’, and focused on myself…It eventually balances itself out. Cape Town is now home, with my focus being in the present, embracing each moment and transformation.”

She won’t ever move back to JHB and believes that if she didn’t get cancer, she would still be living in JHB and still living in the same rut. “Getting cancer was an awakening.” The biggest lesson she learned was that self-love is so much more important than seeking it elsewhere, and that she is not in control of what comes her way, but she can control how she reacts and responds. 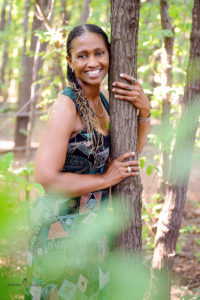 After a 21-year relationship, 17 years of marriage, and two precious daughters (Nqobile’s son has a different father), a divorce can’t be a walk in the park. And, it wasn’t. It was heartbreaking and tough. None the less, Nqobile is so very thankful that she battled cancer before the divorce. “Cancer prepared me for it, so I could sail through it, and embrace the great change that lay ahead.”

At the age of 51, in October 2010, Nqobile was diagnosed with ductal carcinoma breast cancer. A right mastectomy was performed in November. Immediate reconstruction was offered to her but she chose delayed reconstruction instead, having the mindset, “My healing comes first; not my beauty.”

“When I told my ex, his response was ‘Sorry’. I thought he was hurting at the time, and that he was supportive, but just didn’t know how to deal with having a wife with an amputation.”

Within three weeks of the operation, chemotherapy commenced. It was here where her son’s love and support came into play. He not only stepped in to assist with her business, but picked his sisters up from school, and took Nqobile to her chemo sessions. “My ex-husband never accompanied me to therapy. I wonder if he even knows what  a chemo room looks like? It was my 22-year-old son, who stopped his life to be my support structure.” Though, her ex-husband would send messages of support to her before chemo, reassuring her she will be okay.

Nqobile is currently in her sixth year of tamoxifen treatment; she has minimal side effects, mainly hot flushes.

In 2012, two days after Valentine’s Day and a year into Nqobile’s remission, she received a SMS from her ex saying: he wants a divorce, he doesn’t love her anymore, and would be moving out in two weeks’ time. “I felt destroyed, but never cried. I was disappointed because never did I expect the man I was with for over two decades to send a SMS requesting a divorce.  It is cruel!”

That night they spoke; she told him that he was free, and asked him if he was divorcing her because of the mastectomy. He reassured her it was not because of that. For the next two weeks, they slept in the same bedroom, living in complete indifference.

The day that her ex moved out, Nqobile made sure they weren’t at the house. Unfortunately, when they came home, he was still loading his last load. “I was hurting inside! He gave me a hug and said, ‘I’m sorry for doing this to you’, and said the same to my daughters.”

Mother and daughters went into the study, and cried like they never had before. “We held hands, and they reiterated their pledge to me – they would never divorce me! I was so vulnerable; I couldn’t be strong anymore.”

Her eldest daughter then announced that they would give their mom two weeks to cry over their father, but after the two weeks, the crying had to stop. In those two weeks, Nqobile experienced a whirlwind of emotions. “One day, I would think I have accepted it and was better off, but the next day, I would think I wasted 21 years of my life, but then my girls would remind me that I wouldn’t have them, if it wasn’t for those 21 years. Those words – ‘I do not love you anymore’ – haunted me. Why didn’t I see it before?”

By January 2013, the divorce went through. And by 2014, Nqobile’s ex-husband was remarried.

Today, Nqobile sees her divorce as the best change that could have ever happened to her. “In those 21 years, I was not living – I was just going by. My husband and children came first. Only post-divorce, did I realise that I, Nqobile, needed to come first, then my children.”

That first December of being alone, Nqobile took her daughters on their first overseas trip to Thailand. “I wanted to end off 2012 on a good note. We held hands, meditated, and thanked the universe for guiding us through that taxing year.” By planning and financing this holiday on her own, Nqobile felt liberated as she saw that she didn’t need another person – she could be independent, and that there was nothing wrong with being a single mother.

Four years after the divorce, her daughters sat her down and said, “Mom, we don’t see a man in your life. Please get your life together. You seem lonely, we want you to date, and enjoy your life.” Nqobile could only laugh at her daughters’ strategy, and told them when she is ready – she will, but she was still overcoming trust issues. Thankfully, in June 2016, she was finally ready to take their advice, and started dating a lovely man. They are currently still dating. The biggest lesson Nqobile learned was that change means there are no guarantees.

Welcome to the Apr-May 2022 issue of Buddies For Life, the theme for this issue is Choose a healthier you. END_OF_DOCUMENT_TOKEN_TO_BE_REPLACED

Welcome to the Apr-May 2022 issue of Buddies For Life, the theme for this issue is Choose a healthier you. END_OF_DOCUMENT_TOKEN_TO_BE_REPLACED

Welcome to the Feb/Mar 2021 issue of Buddies For Life, the theme for this issue is Feb/Mar 2021. END_OF_DOCUMENT_TOKEN_TO_BE_REPLACED

Welcome to the Feb/Mar 2021 issue of Buddies For Life, the theme for this issue is Feb/Mar 2021. END_OF_DOCUMENT_TOKEN_TO_BE_REPLACED