We hear how J’su Khoosal’s best friend, Shoshi Greenfield, is helping her through her breast cancer journey.

Jashvanti (J’su) Khoosal (60) and Shoshi Greenfield (57) live in Johannesburg, Gauteng. Both are divorced and have two adult children.

The day J’su and Shoshi first met at a business meeting, 11 years ago, the two women didn’t like each other. Shoshi recalls how J’su gawped at her while she was smoking.

Little did they know that was the start  of a rock-solid friendship. After getting to know each other – both were divorced already – they were soon chatting away and laughing in the car, on the way to meetings.

Through the years, they became second mothers to each other’s children, they have seen boyfriends come and go, cried together, laughed together, been mad at one another and, most recently, faced a breast cancer diagnosis together.

J’su had a strange eye twitch and buzz  in her head, so when her sister told her to take her appointment with an endocrinologist, J’su did. The outcome was a breast cancer diagnosis last year on 17 October. However, the ‘buzz’ was never seen to. When the doctor broke the news, her best friend, Shoshi,was by her side.

Being the optimistic person she is, J’su never saw it as a big deal. The glam business woman had the mind-set that she would ‘get over it’, despite cancer being in her family. Her mom died from uterus cancer whereas two of her nine sisters also had cancer: colon and breast.

Due to J’su’s mom being a faith healer, J’su, at first, declined conventional therapy, rather opting for alternate therapy. For the next month and a half, she went for Ozone therapy, which detoxifies the body by breaking down toxins and heavy metals, and helps to build new and healthy cells. All the while changing her diet – only eating broccoli with olive oil. This was to reduce the high acidic level in her body.

Shoshi did not stand in agreement with J’su’s choice but knew what was to come – J’su’s daughter was coming to SA to persuade her mom to have conventional oncology treatment. So, Shoshi planned a pleasurable trip to Mauritius for J’su and herself. They swam with dolphins, relaxed on a catamaran and, above all, enjoyed every moment. Once they were back, J’su’s daughter sternly told her mom, “You have to do this.”

Next, six months of chemotherapy followed. The ‘Red Devil’ was included in J’su’s cocktail of chemo drugs. In June, she underwent a double mastectomy where lymph nodes were also removed. Then, she started radiation. But by this time, August, J’su could no longer handle the ‘buzz’ in her head and told her radiation oncologist. A MRI was done to see if the cancer had spread to the brain, liver, lungs and bones. Unfortunately, a lesion was found on J’su’s brain. An urgent appointment was set up with a neurosurgeon while the radiation for the breast cancer was halted.

The 0,8 cm x 1cm (depth) lesion on the brain was surgically removed. Afterwards, radiation of the breast continued – every day, Monday to Friday, for seven weeks. To which, Shoshi picked her up and took her. Sometimes the sessions were at 4:00am or 9:30pm. This November, her Gamma Knife radiation session on the brain was completed.

Throughout J’su’s treatment, she continued with her other alternate therapies, such as powder herbal drinks, cannabis oil and juicing. Some of the products she had imported, explaining that they gave her an appetite during chemotherapy.

Just like in any friendship, there are arguments. J’su would find excuses to not go to her doctors’ appointments while Shoshi would not hear any of it. Many a times, J’su would shout at her saying, “You are just like my mother!”

Nonetheless, Shoshi accepted it and didn’t take it personally. “I thought to myself, how would I behave? J’su is in this situation, not me. Plus, adding to her trauma, her older sister, Babs, who stayed with her during chemotherapy – cooking for her, cleaning the house and caring for her – passed away from a heart attack.

So, J’su is allowed to feel and express all these emotions” Shoshi explains.

J’su openly confesses she relies heavily on her best friend; Shoshi diarises all her doctors’ appointments, makes sure she goes to them and is doing what the doctors ask. She adds that Shoshi would re-explain things to her, “Being the patient, I would only hear what I wanted to in the doctor’s room, but because Shoshi was there with me, she would reaffirm what the doctor actually said. This helped a lot,” J’su says. 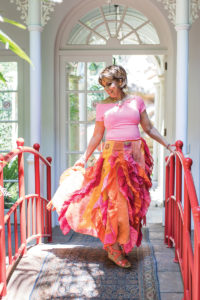 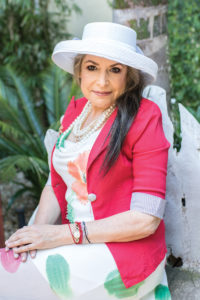 The two friends have always accepted each other’s different beliefs easily; J’su is Hindu while Shoshi is Jewish. However, their differences have never come between them, even their opinions on alternate therapy. J’su is for it, while Shoshi thinks it is a money-making game. Nevertheless, she supported J’su’s choice as long as it didn’t interfere with the conventional therapy.

Though emotions did get heated when J’su heard the breast cancer had spread to the brain. “After the breast cancer diagnosis, I knew I had to change my lifestyle. I accepted that I had to have chemo and reluctantly went. But when I heard about my head, I was angry!” J’su says. She blamed the doctors or anything she could think of. When Shoshi tried to reason with her she retorted, “You are siding with the doctors!”

Shoshi then explained that the conventional treatment was speedy and would allow her to live many more years. “I look at the positive, so long as J’su is getting treatment, please God, she’ll live on for another 100 years. So, I can have my friendship with her, and I will go before she does,” Shoshi says.

To process these emotions, J’su started to journal, writing down her feelings and inspiring quotes. Here is an excerpt of her journal: Healing isn’t something anyone can force on you. It’s a choice you have to make for yourself. Something you must decide you want. The process starts when you change the things you do, the words you speak, the books you read, the people you allow around you, even the music you listen to…Be that CHANGE!!! A PHOENIX BIRD rising from the ashes…You yourself are your own obstacle. RISE above yourself.

A friend in need is a friend indeed

Shoshi says her and J’su’s friendship hasn’t gotten stronger as it was already strong to start with. “We are like sisters,” Shoshi says. Their love and respect for each other is apparent, but more evident is the pillar of strength that Shoshi is to J’su. They are a bundle of fun and are always in fits of laugher about something or other. Their friendship is beautiful and is a true inspiration.

Laurelle is the Editor at Word for Word Media and graduated from AFDA with a Bachelor of Arts Honours degree in Live Performance. She have a love for storytelling and sharing emotions through the power of words. Her aim is to educate, encourage and most of all show there is always hope.

Let’s get PINK! Welcome to the Sept/Oct issue of Buddies For Life and, more excitedly, welcome to #BreastCancerAwarenessMonth2019. END_OF_DOCUMENT_TOKEN_TO_BE_REPLACED

Welcome to the July/August issue. Many perceived the theme ‘Pet Detective’ as peculiar. But when you see the beautiful covers, there is nothing peculiar about the love exchange between pet and human. END_OF_DOCUMENT_TOKEN_TO_BE_REPLACED

Welcome to the May/June issue of Buddies For Life; the theme is Pregnancy and cancer. And, all that can be said is that the two Super Survivors featured are Warrior Women. END_OF_DOCUMENT_TOKEN_TO_BE_REPLACED

This issue is dedicated to the Mighty Men – men who have had breast cancer. END_OF_DOCUMENT_TOKEN_TO_BE_REPLACED