Gordon Mackie shares the many ways he supports his wife of 33 years, Michelle, through her HER2 positive breast cancer journey.

Michelle (52) and Gordon Mackie (54) live in Harare, Zimbabwe. They have three adult children and three grandchildren with one on the way.

When Gordon was 19, he spotted Michelle walking down the road while he was driving and he instantly admired her beauty and frame. Luck was on his side as the next day Michelle was introduced to him by her mother, Estelle. Thirty-five years later, the couple are still madly in love.

After being forced off their horticulture property in Zimbabwe due to land claims, Gordon made the brave decision to move to Thailand, in 2015, for greener pastures as they had lost everything due to the invasion of war veterans.

After 18 months of Michelle’s heartstrings pulling towards her two sons who still stayed in Zimbabwe (her daughter lives in Australia); the couple moved back to Zimbabwe.

In May 2019, two years back in Zimbabwe, Michelle felt a lump in her breast while showering. She also noticed a red mark and showed Gordon. He encouraged her to get it checked and went with her for a sonar. The radiographer told Gordon that ‘there is a 2,8cm tumour with two tentacles growing downwards.’

“This is where the initial shock sets in…that at 8am you’re fine but at 5pm the same day, there is a problem. You ask yourself: How? You look at your wife who is utterly beautiful and doesn’t look sick. The biggest fear is that of the unknown and you ask yourself, is this real,“ Gordon explains.

Michelle was distressed as she kept thinking of her mother who passed away, in 1992, from metastatic breast cancer in a space of four years from diagnosis. “At that time, I didn’t have enough info on how treatment and survival rates had changed since then,” Michelle says.

Michelle has two other maternal relatives with a history of cancer: her grandmother had breast cancer but passed on due to old age, and recently her aunt’s colon cancer has presented in her lymph nodes.

The next day, another sonar, plus a mammogram was done and straight afterwards a core biopsy. Unfortunately, it was confirmed that Michelle had breast cancer.

Even though Gordon and Michelle had been members of a Zimbabwean medical aid for 24 years. The fact that they had ‘re-joined’ after having a break of 18 months (they were on a Thai medical aid), they were considered ‘new members’ when they re-joined and had a waiting period of two years for an oncology benefit to kick in.

An added stress landed on Gordon and the family’s shoulders, having to source money to save Michelle’s life.

He adds, “There were two options: to capitulate or for me to be the rock that I could be and get Michelle through the whole process. Obviously, I chose the latter.”

After consulting an oncologist in Zimbabwe, the couple had to pay (in US dollars) for tests to be sent to SA to find out what type of breast cancer Michelle had. It was confirmed to be HER2+3 breast cancer. They then met a surgeon  who proposed a double mastectomy, followed by chemotherapy, within the next four days. There was no discussion of Herceptin, a drug that has greatly changed the prognosis and survival of HER2 positive patients. “This drug is not registered for use in Zimbabwe. One can order it, but only the elite can afford it,” Gordon says.

Gordon was considering treatment across the globe, such as India and SA, due to the uneasiness of the proposed treatment plan in Zimbabwe. After a chat with a friend, who is a specialist physician, and hearing about an employee’s sister’s treatment in SA, Gordon opted for treatment in SA at a dedicated breast unit.

Take a step back and breathe

After sending a long email to the breast unit in SA, detailing their situation of being uncomfortable with the proposed treatment plan, plus their financial situation, Gordon received a phone call where the specialist breast surgeon said, “I understand your fear and anxiety. Your wife is not going to pass tomorrow or next week. So, please take a step back, breathe and focus on yourselves, especially your wife. Come to SA in the next week or two.”

Michelle and Gordon travelled to SA and met with the specialist breast surgeon. “Immediately, when we walked in, I had the sense that everything was going to be okay,” Gordon says.

The couple recorded the consultation for ease of reference; the doctor explained the type of breast cancer they were dealing with and the proposed road map. Gordon was honest about their unsettling financial situation and the doctor chose routes that wouldn’t be even more of a financial burden to them.

After gathering all the quotes, Gordon had to figure out how they were going to get through this financially. “Michelle is my left hand. It’s not even about love, it’s so much greater than that. She is my soul mate. I had to find a way. There are no options of failure here; Michelle is the mother of my children and has given me the greatest joy.”

Gordon and the family banded together to help raise funds. He made the decision to not include Michelle in on the financial side so that she could focus on herself and the treatment ahead. Michelle admits that it’s always at the back of her mind.

A new treatment path was planned: chemotherapy: 4 x ‘red devil’, 4 x Taxol with Herceptin, then 14 injections of Herceptin (which is still ongoing); followed by a lumpectomy in Jan 2020 (done at a SA state hospital to cut costs), and 30 sessions of radiation which starts in March. If done in SA, they will get a discount as cash patients.

Strength from both sides

“When we walked into the chemo room for the first session, it was full and silent. I made the decision to turn this silence into a happy place and I did. Within 10 minutes, I had everyone laughing, including the nurses. I bought fruit juices and sandwiches and gave them to all the patients, telling them they need to eat,” Gordon says.

“As the chemo entered Michelle’s system, she went all shades of grey and white but kept on laughing. To watch your wife go through chemo and smile through it, that gave me strength. Four hours later, we walked in for the post-chemo consult; I said to the receptionist, ‘Round one is done and if this is how it is going to be then Michelle has got this and so does everyone else.’

Gordon has travelled with Michelle to SA for every chemo session, except the last one due to work commitments. His belief is that the best way to deal with a cancer diagnosis is communication.

“I found the greatest relief for myself was to communicate with the other husbands, let it be on WhatsApp or face to face. Fear can isolate couples, making them feel like they are on their own so we need to reassure them and ourselves that we are all in this together,” Gordon adds. Subsequently, Gordon and Michelle have been asked to counsel other couples who are struggling with their situation.

Another important aspect for Gordon was to make Michelle’s cancer journey as happy and as comfortable as he could. “Everything she has been through, I have been through as well. I have been with her when she vomited. I have held her hand when she had a bad day. And as much as it’s Michelle’s battle as she has cancer. In essence, we have cancer. We are one as a couple,” says Gordon.

Seeing breakthrough every step of the way

The couple admit that there have been rocky roads. “We fight and argue but we get through it. If Michelle has a terrible day, she needs to tell me so I know what she is going through. I need to allow her to have those moments but ensure she gets up the next day.”

Michelle adds that every time she thinks that they’re not going to make it through the next step financially, somehow, they get funding and get through it. “God has never left my side,” she says.

Gordon decided to move out of the city, near the beautiful Lake Chivero, to aid Michelle’s healing process and give her quality of life, surrounded by wildlife and nature.

“My life would be nothing without Michelle. Everything I am is because of her. I can’t but have respect for her as she has shown our kids and myself how to defeat adversity.” 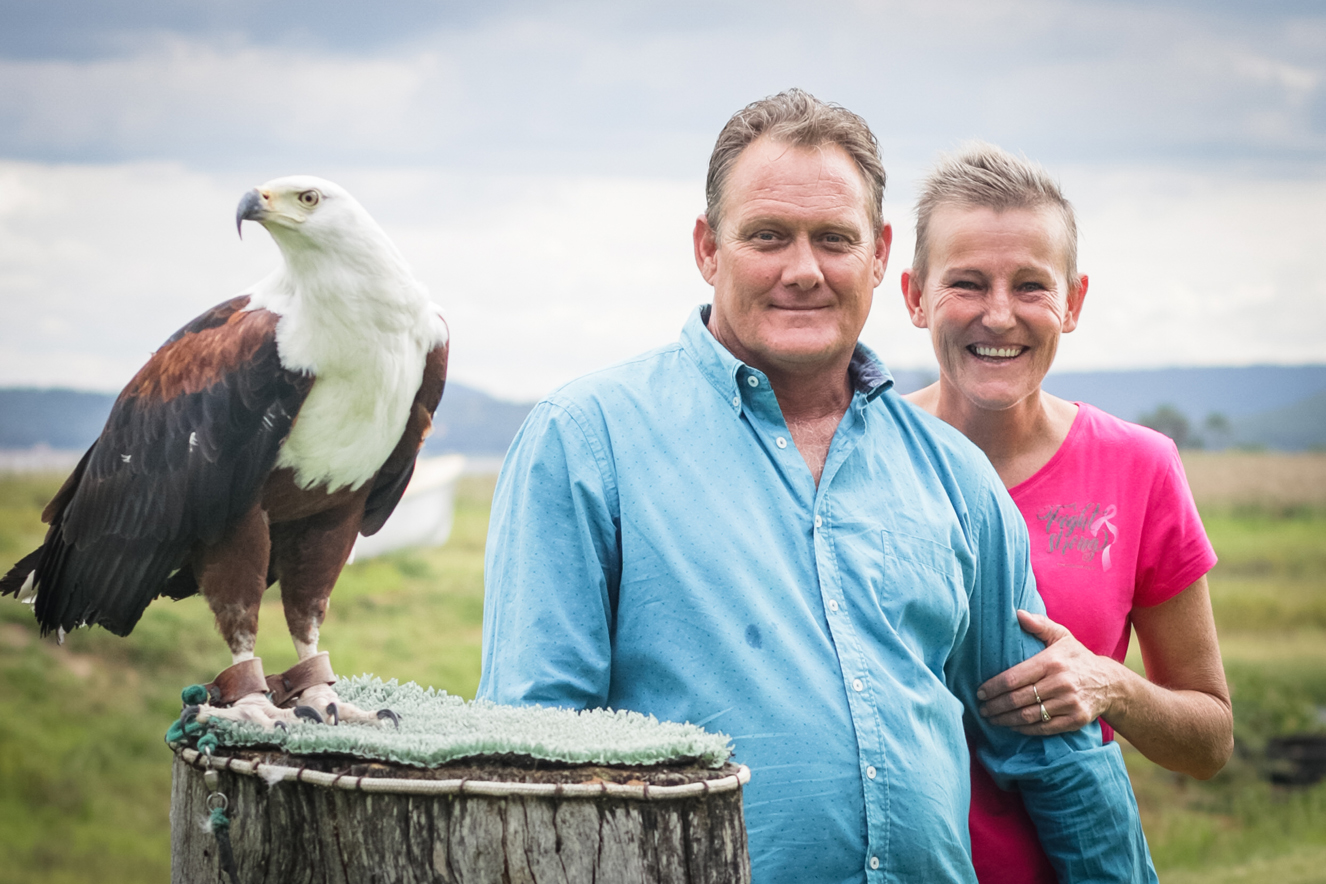 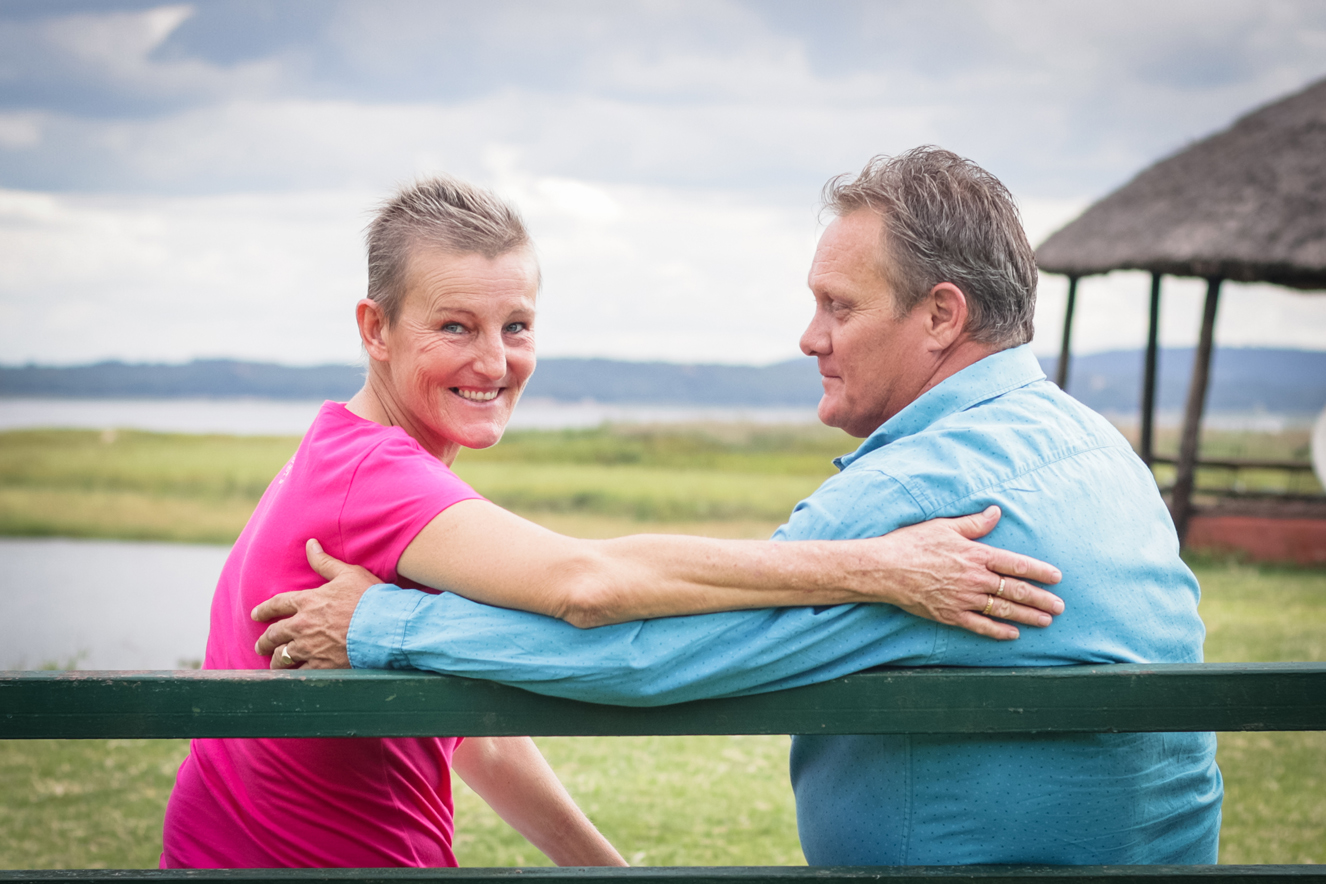 2 Replies to “Gordon Mackie – The unsung hero: the husband of a breast cancer patient”

Welcome to the Apr-May 2022 issue of Buddies For Life, the theme for this issue is Choose a healthier you. END_OF_DOCUMENT_TOKEN_TO_BE_REPLACED

Welcome to the Apr-May 2022 issue of Buddies For Life, the theme for this issue is Choose a healthier you. END_OF_DOCUMENT_TOKEN_TO_BE_REPLACED

Welcome to the Feb/Mar 2021 issue of Buddies For Life, the theme for this issue is Feb/Mar 2021. END_OF_DOCUMENT_TOKEN_TO_BE_REPLACED

Welcome to the Feb/Mar 2021 issue of Buddies For Life, the theme for this issue is Feb/Mar 2021. END_OF_DOCUMENT_TOKEN_TO_BE_REPLACED