Not only is Rosemary Mpho Mosoang marking her 16th year of being cancer-free but she is also celebrating her 64th birthday.  We join in her triumph and give her a badge of honour

Rosemary Mpho Mosoang (64) lives in Soshanguve, Gauteng.  The retired teacher and mother of three is divorced and has four grandchildren.

After attending a women’s conference, where a doctor gave a talk on ‘life after breast cancer’, Rosemary was informed of the symptoms. So, when she felt a difference in the texture of her left breast she immediately went to a nearby clinic and so the cancer was unearthed. “The fact that I attended that conference sort of prepared me. I can say I was pre-counselled but not directly knowing it,” says Rosemary.

Even though the surgeon suggested a lumpectomy, Rosemary chose to have a mastectomy. This took place on 29 January 2002. Thereafter she took oral tablets, Femara (an aromatase inhibitor), for five years. As the years went past, so her check-ups became further apart and today, 16 years later, she is still cancer-free.

“I had no side effects from Femara apart from me thinking it was aggravating my body weight,” explains Rosemary. “I have always been on the plump side but I was never this big.I was a good size. But I am comfortable with my body, I’ve made peace with it.”

Rosemary never opted for reconstruction; she chose to use a breast prosthesis but uses a normal bra as her medical aid doesn’t cover mastectomy bras. “I have to make do with what I have…the only thing is, the breasts are not symmetrical and it tends to look a bit untidy,” she adds. Every two years Rosemary changes her breast prosthesis.

When at home, the grandmother doesn’t wear her prosthesis and with this recent heat not even a bra. “It is only when I go out, do I wear it,” she says. 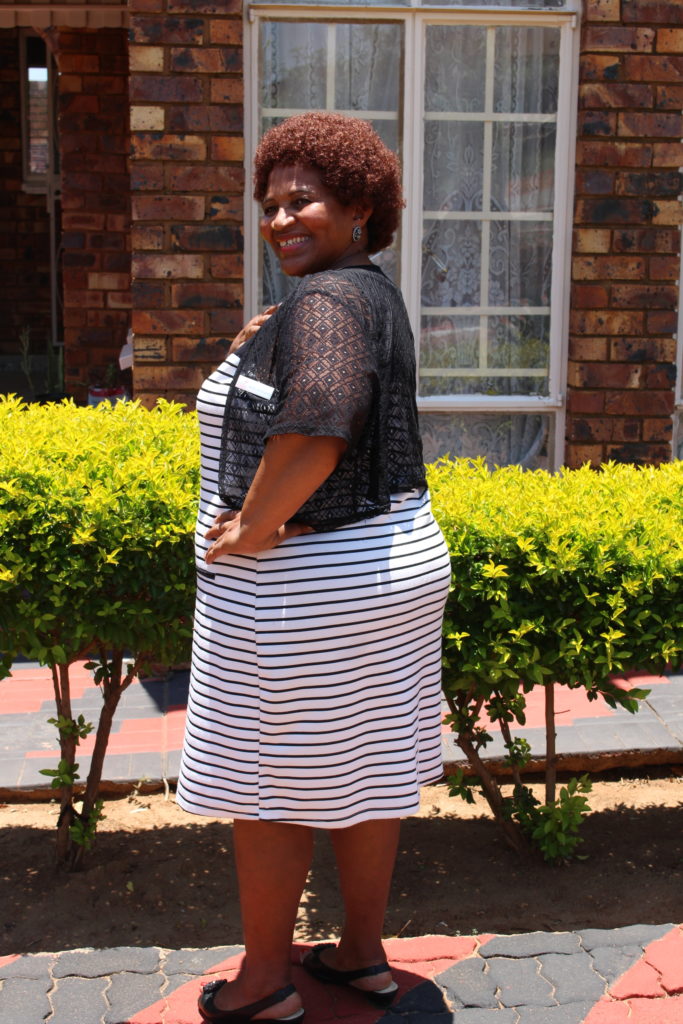 The 64-year-old suffers with high blood pressure; she is aware that if she loses weight her blood pressure may go down. “I know I need to lose weight for health reasons, but I can’t be ‘sweet 16’ anymore,” Rosemary jokes. “Before breast cancer I could maintain my weight – I weighed about 78kg, but not anymore. I now weigh 92kg. I would like to lose 10kg, it will make a difference,” she says.

Rosemary has considered consulting a dietitian but says the limitations of her medical aid prevents this.

Since Rosemary went on pension, she decided to keep herself busy by volunteering for Reach for Recovery, visiting and counselling new breast cancer survivors.

When asked how she feels that she has been cancer-free for 16 years, she responds, “I am so thankful I got a second chance, and want to tell all the women out there to listen to their sixth sense – most of the time it is right.”

Despite this, Rosemary admits she has a strong case of cancerlitis. “Every niggle I have, I think it is cancer. But I always consult with a doctor,” Rosemary adds.[/vc_column_text][/vc_column][/vc_row]

Welcome to the Apr-May 2022 issue of Buddies For Life, the theme for this issue is Choose a healthier you. END_OF_DOCUMENT_TOKEN_TO_BE_REPLACED

Welcome to the Apr-May 2022 issue of Buddies For Life, the theme for this issue is Choose a healthier you. END_OF_DOCUMENT_TOKEN_TO_BE_REPLACED

Welcome to the Feb/Mar 2021 issue of Buddies For Life, the theme for this issue is Feb/Mar 2021. END_OF_DOCUMENT_TOKEN_TO_BE_REPLACED

Welcome to the Feb/Mar 2021 issue of Buddies For Life, the theme for this issue is Feb/Mar 2021. END_OF_DOCUMENT_TOKEN_TO_BE_REPLACED