Restraints of trade are common place in the employment environment and becoming more prevalent as the economy becomes more competitive and employers fight to protect their client base and intellectual property.

A restraint of trade is a clause in a contract which prohibits, or places restrictions on an employee from working beyond the termination of the contract of employment. Restraints initially worked on a geographical and time period restriction. For example, the employee could not work in the Johannesburg area for a period of six months, but with technological advances geographical boundaries can be easily thwarted and the focus has shifted from blanket geographical prohibitions to more focused ones. The most common one being a restriction on working for clients and/or competitors of the company.

A confidentiality clause will normally only seek to prohibit an employee from disseminating information about the company and/or its clients to third parties. These normally speak for themselves. Things like client lists, costings, patents and trade secrets are property of the company and they are seeking to protect them.

Restraints and Confidentiality agreements can take the form of a clause in a contract or be agreements on their own. I have seen one liners and I have some agreements more than 20 pages long.

The key point is to realise that once signed, you are bound by it. The court has long since held that the restraint clauses are legal and binding if signed. However, the courts have left the door open to employees who want to get out of them.

If the employee can show that the clause is unreasonable and affects his/her ability to earn a living the court will consider overturning the restraint or a portion thereof. This is easier said than done. It is a costly legal exercise.

A distinction must be drawn between those who are currently employees of the company and those who are prospective employees. The difference lies in the bargaining power each party holds.

A prospective employee may well find themselves in a weak bargaining position. The employer may well adopt a ‘take it or leave it’ attitude and you may well feel you have signed the restraint but think of the effect it will have should you wish to leave the company.

A current employee is in a good bargaining position. The company cannot compel you to sign the contract and you can legally refuse to sign it without fear of reprisal.

In conclusion, I would recommend that you consider carefully the effect signing such clauses will have, because once signed it is not easy to get out of. Prevention is better than cure and thus before you sign the contract, stop, read, understand and consider the effect of what you are signing.

If you are unsure contact an attorney and have them read through the agreement. You cannot put a price on peace of mind. 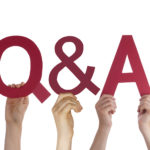 Do the restraint and confidentially clauses apply during my employment, or only after I have been terminated?

You are bound by them from the moment you sign them. Most Restraints have an end date. Most confidentiality clauses are indefinite.

My current employer has approached me with a view to signing a restraint of trade. They say it is an operational requirement. Can they retrenchment me if I refuse to sign it?

I don’t see how they will make a successful argument out of that. The rule of thumb is that you cannot dismiss an employee for refusing to sign an amendment to his/her terms of employment. A company who takes this stance runs a big risk of having the dismissal declared unfair.

Welcome to the Apr-May 2022 issue of Buddies For Life, the theme for this issue is Choose a healthier you. END_OF_DOCUMENT_TOKEN_TO_BE_REPLACED

Welcome to the Apr-May 2022 issue of Buddies For Life, the theme for this issue is Choose a healthier you. END_OF_DOCUMENT_TOKEN_TO_BE_REPLACED

Welcome to the Feb/Mar 2021 issue of Buddies For Life, the theme for this issue is Feb/Mar 2021. END_OF_DOCUMENT_TOKEN_TO_BE_REPLACED

Welcome to the Feb/Mar 2021 issue of Buddies For Life, the theme for this issue is Feb/Mar 2021. END_OF_DOCUMENT_TOKEN_TO_BE_REPLACED