Fifteen women recently climbed Mount Kilimanjaro, the highest mountain in Africa, to raise breast cancer awareness. The Pink Peaks, as they are known, also raised R200 000 for breast education and the money was donated to the Breast Health Foundation and the Eastleigh Breast Care Centre. Four members of the group are breast cancer survivors and they shared their stories with us. 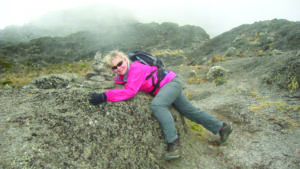 Zelka Spoja-Vieira
I celebrated my 40th birthday this year and I have been a breast cancer survivor for six and a half years. I have always supported all breast cancer support and awareness projects but the Pink Peaks initiative really struck a chord with me. Perhaps, it’s partially due to my mid – life crisis but having beaten both breast and cervical cancer, what better way to prove that nothing is impossible or out of reach? If conquering the mountain inspires just one person to keep on fighting their cancer, or if we made enough money to allow another diagnosis, it will mean the world to me. 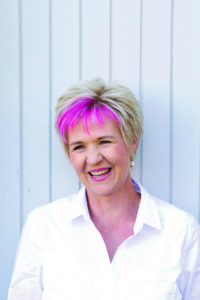 Retha Lange
She was diagnosed with aggressive breast cancer in April 2010 and has been in remission since February, last year. “To physically climb a mountain is the same as overcoming a setback in your life. I never thought of giving up. I just had to kick this disease for the sake of my husband and my four kids. I only focused on getting through each day, step by step. It was the same on the mountain; we conquered it, step by step.” 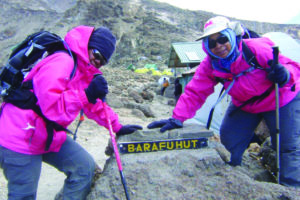 Rebecca Musi
“The day I was diagnosed with breast cancer, October 2, 2001, changed my life forever; that was when I became a survivor. When I was diagnosed, I knew very little about breast cancer and I don’t want anyone being in that same position. I now work for the Breast Health Foundation, and there’s no work more fulfilling than educating and empowering women with regards to breast health issues and breast cancer. Climbing Kilimanjaro was not about me but about the millions of people who may not seek treatment when they feel a lump. Many women are concerned about being rejected by their partners and/or communities and fear the potential loss of a breast. With the money we raised, women can benefit from basic breast cancer education and raising awareness.”

“I am 40 years old, a mother, a sister and a friend. I have been a breast cancer survivor for five years and during my journey, I have lost too many friends and colleagues to this disease. I joined the Breast Health Foundation in 2009 and have been involved in the Mobile Education Unit initiative, travelling to underprivileged areas to educate and empower women, in understanding breast health and breast cancer. By doing this, we also dispel the traditional myths and stigmas around the disease and ensure that the women affected by breast cancer go for the necessary medical treatment. My journey has fueled my passion to want to save more women and change their lives with early detection

Welcome to the Apr-May 2022 issue of Buddies For Life, the theme for this issue is Choose a healthier you. END_OF_DOCUMENT_TOKEN_TO_BE_REPLACED

Welcome to the Apr-May 2022 issue of Buddies For Life, the theme for this issue is Choose a healthier you. END_OF_DOCUMENT_TOKEN_TO_BE_REPLACED

Welcome to the Feb/Mar 2021 issue of Buddies For Life, the theme for this issue is Feb/Mar 2021. END_OF_DOCUMENT_TOKEN_TO_BE_REPLACED

Welcome to the Feb/Mar 2021 issue of Buddies For Life, the theme for this issue is Feb/Mar 2021. END_OF_DOCUMENT_TOKEN_TO_BE_REPLACED