We hear how a partnership between Discovery and the Breast Health Foundation has eased Sharlotte Nyathi’s plight in accessing breast cancer treatment.

Sharlotte Nyathi (42) lives in Bushbuckridge, Mpumalanga with her husband and their sons, aged six and 13.

When Sharlotte felt a lump in her breast, she went to Hlokomela Women’s Clinic (HWC) in Hoedspruit, Limpopo. The Women’s Clinic opened in 2017, but before that Sharlotte frequented the normal clinic whenever she wasn’t feeling well. To Sharlotte and much of the community, this clinic has been a Godsend. She explains, “If something is wrong with us, we wouldn’t know where to go or what to do and people were dying. But now we have somewhere to go and it’s even better than the hospital.”

Sonja Botha, the qualified staff nurse at Hlokomela, screened the seamstress and wasn’t happy with what she saw so referred Sharlotte to Helen Joseph Hospital Breast Care Clinic (HJHBCC). It’s thanks to the Breast Health Foundation (BHF) and HJHBCC partnering with HWC that Sharlotte could be referred to a hospital. Before this, there was no referral process in place at HWC. Sharlotte explains that she was extremely nervous to travel to JHB. Not only was she worried about what the outcome would be but she had concerns of how to get to JHB. Thankfully, Sonja was kind enough to arrange a friend to take Sharlotte to JHB for the first appointment. Sonja also arranged accommodation.

The mother of two underwent a mammogram and biopsy at HJHBCC and then travelled back home. A few days later, in January 2018, she was called and told to come back to JHB to receive her results. This time Sharlotte and her husband took a bus to JHB as she now knew where the hospital was. She arranged to stay at her brother in Daveyton.

Unfortunately, it was confirmed that she had breast cancer. She was to have eight cycles (every three weeks) of chemotherapy before surgery. Then she would start tamoxifen (for 10 years) and undergo radiation.

For the next eight months, Sharlotte travelled to JHB by bus (a full day’s trip) and would sleep over at her brother, wake up early to catch a taxi from Daveyton to get to Charlotte Maxeke Johannesburg Academic Hospital (CMJAH) to have chemo, go back to Daveyton and then travel back home on bus the next day.

At times the mother found this exhausting, adding, “Sometimes I wanted to stop treatment as I didn’t have money to go to JHB. I also had to arrange for my sons to go to my mother while I was gone. Plus, riding on a bus the whole day after chemo wasn’t good. I wouldn’t even eat in case it made me vomit, so all I drank was water. But, I had to be strong until I got home.”

Nonetheless, the brave warrior persevered and underwent a lumpectomy in November 2018.

Thankfully for Sharlotte and many other breast cancer patients in Mpumalanga and Limpopo, in 2019, Discovery sponsored funds for a pilot project with BHF and HWC to facilitate these women to access treatment. This meant that their bus transport to and fro JHB was paid for, accommodation at CANSA Keurboom Care Home was arranged while they underwent treatment at HJHBCC or CMJAH, and transport is also provided to get to and fro the hospitals.

The added benefit is that a BHF navigator meets the patient in JHB and escorts her to the care home, ensures she gets to the doctor’s appointments or treatments, and safely back on the bus to go home.

Obviously Sharlotte was thrilled when Discovery stepped in. “I was so happy when I heard this! It was such a relief and really has helped me a lot. Thank you Discovery!”

She adds that Ouma Mamatela, the breast health navigator, is so welcoming and always has a smile on her face. “Her kindness and willingness to assist me makes such a difference in my life.”

Unfortunately, Sharlotte had to undergo a second lumpectomy in February 2019 as the results still showed cancer. “I was frustrated to hear this as I told the doctor to remove my whole breast but he said that my breast can be saved. The second operation was not good; I had so much pain that I wanted to give up,” she says.

After another check-up after the second operation, it was decided to do a mastectomy to ensure all cancer was removed. She had this surgery in May 2020. Sharlotte was happy that finally all the cancer was removed (the results showed that) and Sonja arranged a silicone breast prosthesis for her.

Next Sharlotte was to start radiation (25 sessions everyday). However, this was delayed by five months due to COVID-19. “I was so angry when I was told that they were doing the urgent patients first. Is my life not important? I was scared the cancer would come back and I just wanted to finish all the treatment,” she says.

Those five months were excruciating for Sharlotte but she tried to stay positive and kept herself busy making clothes. The support from her family, BHF and Sonja also kept her going.

Radiation eventually started in September 2020 and finished in October. Over the weekends, Sharlotte would go to her brother as the care home would close. Finally, after nearly three years, Sharlotte is finished with treatment.

In March, she will go for a check-up and get a medication repeat.

IN THE NEXT ISSUE

We get insight into why Discovery invested in this project and how they brought various partners, such as BHF and HWC, together for the greater good of breast cancer patients. 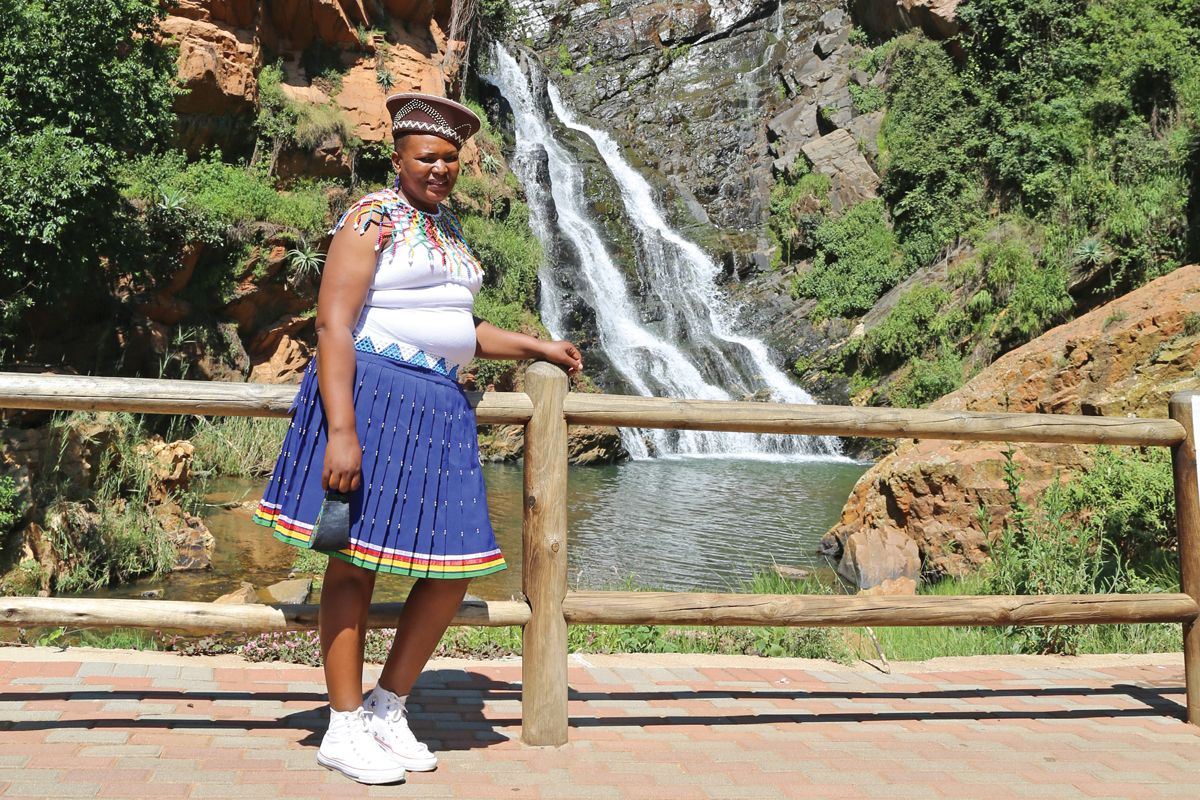 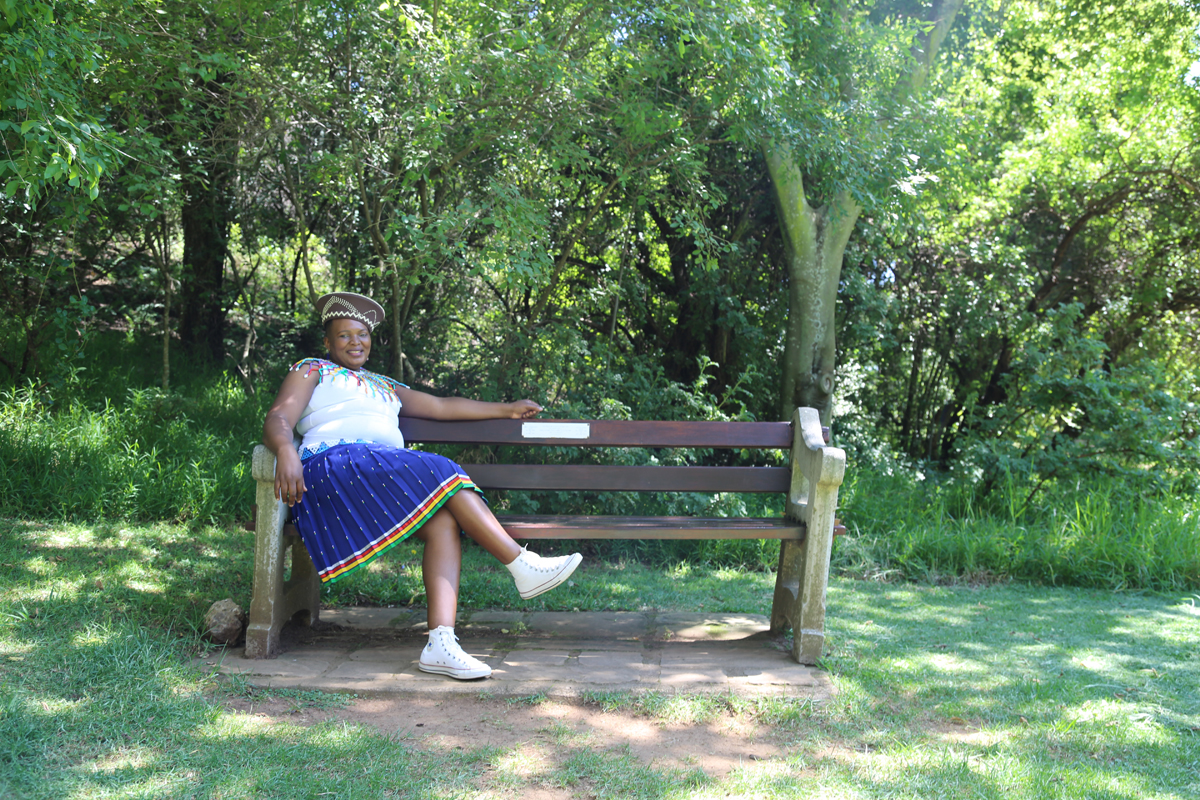 Laurelle Williams is the editor at Word for Word Media. She graduated from AFDA with a Bachelor of Arts Honours degree in VLive Performance. She has a love for storytelling and sharing emotions through the power of words. Her aim is to educate, encourage and most of all show there is always hope. Write to the editor@buddiesforlife.co.za

Welcome to the Apr-May 2022 issue of Buddies For Life, the theme for this issue is Choose a healthier you. END_OF_DOCUMENT_TOKEN_TO_BE_REPLACED

Welcome to the Apr-May 2022 issue of Buddies For Life, the theme for this issue is Choose a healthier you. END_OF_DOCUMENT_TOKEN_TO_BE_REPLACED

Welcome to the Feb/Mar 2021 issue of Buddies For Life, the theme for this issue is Feb/Mar 2021. END_OF_DOCUMENT_TOKEN_TO_BE_REPLACED

Welcome to the Feb/Mar 2021 issue of Buddies For Life, the theme for this issue is Feb/Mar 2021. END_OF_DOCUMENT_TOKEN_TO_BE_REPLACED