The photos capture a fairytale wedding day – a stunning bride beaming for the cameras with her new husband on a warm spring afternoon… but their smiles hide a secret heartache.

In a dream bridal gown and clutching gorgeous pink and white roses, Tandy Irving (neé Vorster) was determined nothing would spoil her big day – not even her recent excursion with Ductal Carcinoma in Situ  (DCIS) in her right breast. Tandy recalls the moment that changed her life forever.

“I found the lump in November 2013. At that stage I was just in a new relationship with Anthony, we had known each other about three months and I was going down to Port Elizabeth to meet his mother for the first time. We decided together that we’ll enjoy Christmas and in the New Year I’ll go to the doctor to have it investigated.”

At just 31 years old, the newlywed from Gauteng said she knew she was about to receive bad news as soon as she got a call from her doctor. She was right. On 23 January 2014, Tandy’s doctor informed her that she had stage one breast cancer and that it was malignant. Tandy immediately felt what she described as ‘a mixture of devastation and shock.’

“I immediately thought my life is over! When I first found the lump, I thought little of it. Cancer doesn’t run in my family, so I thought it was probably nothing. I never ever thought it would happen to me. I’ve always been very healthy! I was devastated!”

In an instant, plans of having kids that most newlyweds take for granted were shaken. “Because of my age and not having children, we were forced to make decisions about my fertility. I went to Vitalab in Sandton for IVF treatment.”

In March 2014 Tandy had a right skin-sparing mastectomy.

“Due to the stage of my breast cancer, my medical team and I decided we’ll have my surgery first and then I would have treatment. Two days post surgery I had the prosthesis, then they did a left reduction to match my right breast. I wanted both done at the same time, but the risks were too great. Everything happened fairly quickly and went extremely well.”

One month later, Tandy had a pulmonary embolism. “I was in hospital for another eight days while they adjusted warfarin etc. I then started chemotherapy for six months.”

With the support of her husband, Tandy faced a fight for her life. “Treatment is very frightening, because you don’t know what to expect. You see rows and rows of people hooked up to IV’s; some of them look worse for wear and you wonder if that’s what you are going to look like too. It’s not something I’d like to revisit – the endless attempts to find a vein sucks! Despite all of that though, my husband and family supported me tremendously. My husband was wonderful – he supported me all the way and stuck around, so I married the right man!”

Tandy’s biggest challeng, since treatment has ended, is her weight issue. “We’re pushed into menopause – I hate the hot flashes that come with the menopausal symptoms. I have to postpone having children for the next five years. There are lots of things to take into consideration.”

Since Tandy started taking Tamoxifen and Zoladex about a year ago, she is just taking it one day at a time. “It’s wonderful being over this hurdle. I learned so much through this experience; everyone has a different treatment regimen and it works differently with everybody. I realised after everything that I was actually far from death,” she said laughingly. “Every six months I have a sonar and once every year I have my mammogram just to check that everything is still the way it’s supposed to be.”

Despite her breast cancer diagnoses, Tandy said she wouldn’t have been a traditional bride anyway. “I got married in pink, because Anthony says he adores me in pink. Also because it’s a reminder of love, life and hope, as well as everything that the pink stands for about breast cancer.”

Everything about her wedding on October 24, 2015, at Heavens Gate, Boksburg, was perfect.

We are very happy and just live everyday as if it was our last. You never know how strong you are until being strong is the only option that you have.” 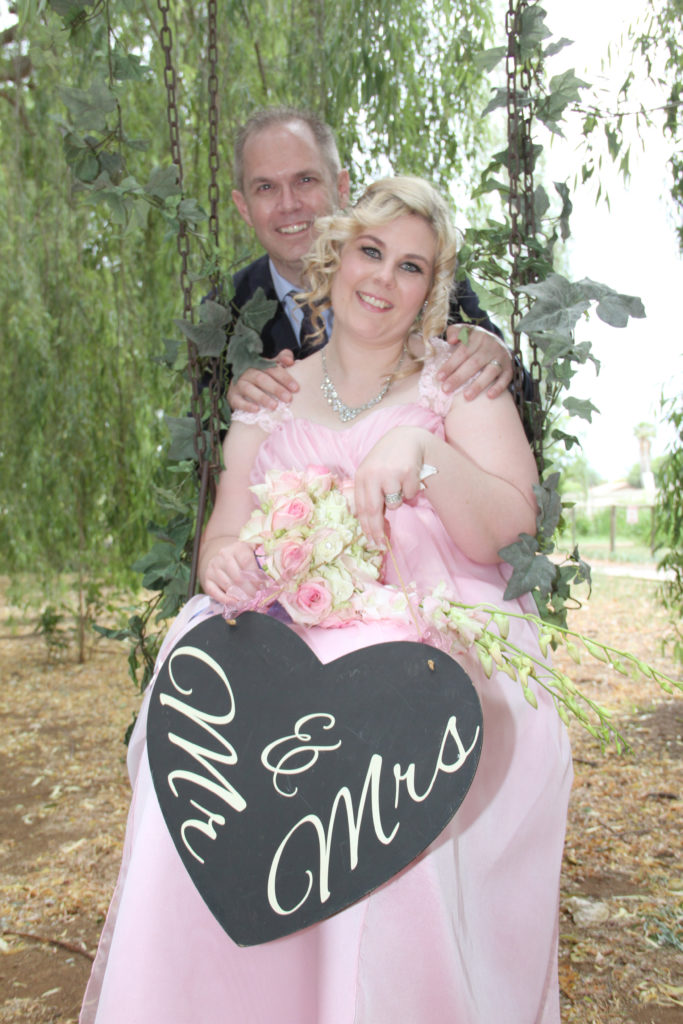 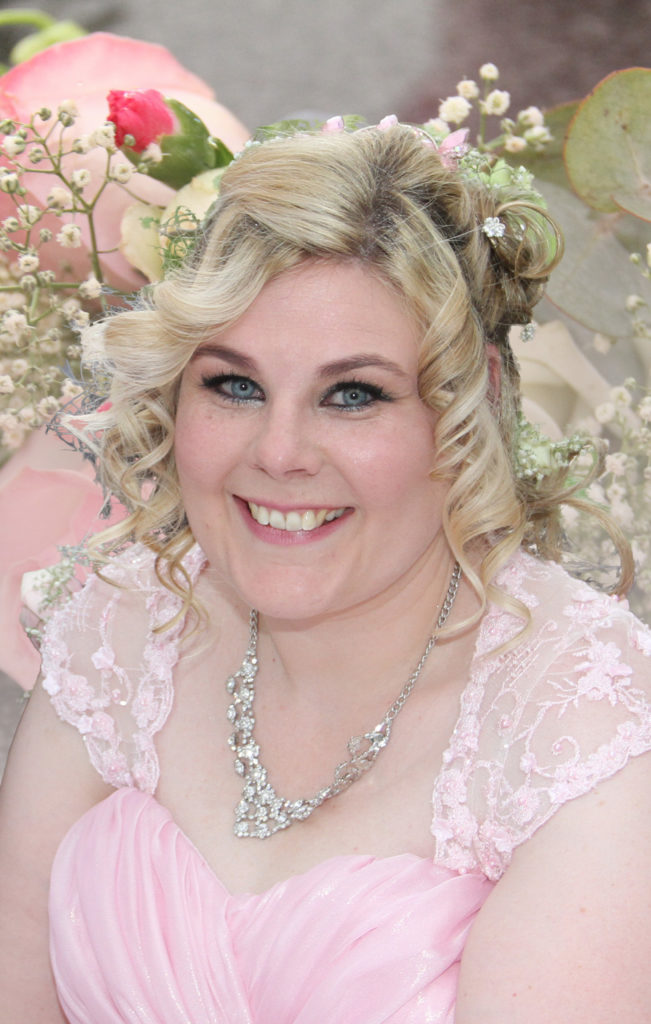 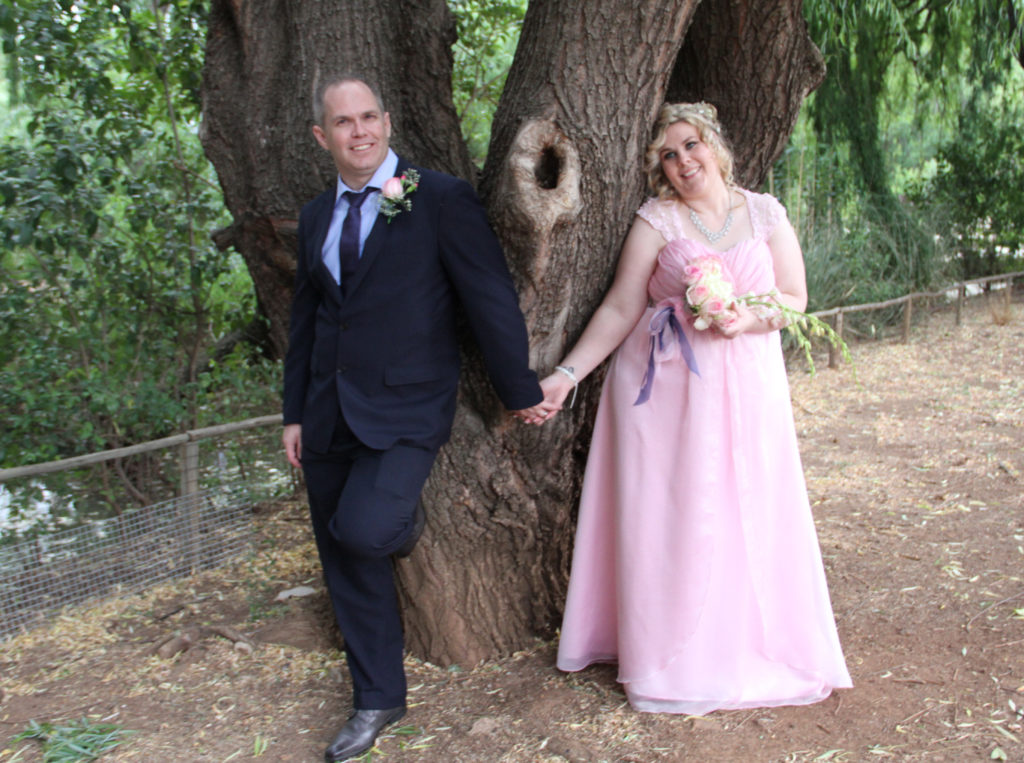 Welcome to the Apr-May 2022 issue of Buddies For Life, the theme for this issue is Choose a healthier you. END_OF_DOCUMENT_TOKEN_TO_BE_REPLACED

Welcome to the Apr-May 2022 issue of Buddies For Life, the theme for this issue is Choose a healthier you. END_OF_DOCUMENT_TOKEN_TO_BE_REPLACED

Welcome to the Feb/Mar 2021 issue of Buddies For Life, the theme for this issue is Feb/Mar 2021. END_OF_DOCUMENT_TOKEN_TO_BE_REPLACED

Welcome to the Feb/Mar 2021 issue of Buddies For Life, the theme for this issue is Feb/Mar 2021. END_OF_DOCUMENT_TOKEN_TO_BE_REPLACED