Children are a blessing and there is no greater gift in my mind than to provide someone deserving with a child. This can take place in two ways: donating eggs or sperm (gametes), and surrogacy.

South African Law recognises and legislates both gamete donation and surrogacy. I will discuss them separately in this article. The most relevant piece of legislation is the Childrens Act No 38 of 2005 (hereinafter referred to as “the Act”).

Our law does allow for the donation of gametes. One can donate more than once and you may even claim financial compensation for it. The donations can also be anonymous. There is a limit, however, to egg donation. The egg donor may not have more than five live born children from donated gametes.

In terms of the Act the donor will have no rights or responsibilities for any child born of the gametes donated, unless the donor is one of the commissioning parents in a surrogacy arrangement.

A surrogate is a woman who carries a baby on behalf of future parents who are medically unable to do so. The future parents are referred to by the Act as “commissioning parents”. The commissioning parent(s) must make use of at least one – if not both – of their own gametes in the fertilisation process. The artificial fertilisation of the surrogate mother may not take place until the agreement has been signed and ratified by court.

Consent of the spouse or partner

There are numerous legal requirements in terms of the Act. Following is a summary thereof. If you are considering surrogacy, you are advised to first seek legal advice and have a legal professional draft the agreement and guide you through the process. 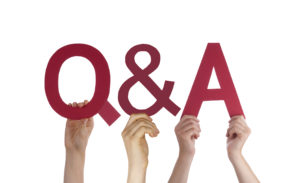 How long is the agreement valid for after the court has ratified it?

You have 18 months after the court has ratified the agreement to start artificial fertilisation.

What rights does the surrogate mother have?

The short answer is none. The commissioning parents are regarded as the legal guardians with all the rights and responsibilities that comes with that. That said, it must be noted that if the agreement is not valid the surrogate mother becomes the legal guardian of the child.

May the surrogate mother terminate the agreement?

May the surrogate mother have an abortion?

Welcome to the Apr-May 2022 issue of Buddies For Life, the theme for this issue is Choose a healthier you. END_OF_DOCUMENT_TOKEN_TO_BE_REPLACED

Welcome to the Apr-May 2022 issue of Buddies For Life, the theme for this issue is Choose a healthier you. END_OF_DOCUMENT_TOKEN_TO_BE_REPLACED

Welcome to the Feb/Mar 2021 issue of Buddies For Life, the theme for this issue is Feb/Mar 2021. END_OF_DOCUMENT_TOKEN_TO_BE_REPLACED

Welcome to the Feb/Mar 2021 issue of Buddies For Life, the theme for this issue is Feb/Mar 2021. END_OF_DOCUMENT_TOKEN_TO_BE_REPLACED