The ‘Tsotsie” in your breast, what security is needed to live in peace?

This article is for the many women who go for biopsies and are told “its fine” or “this is concerning ….not cancer but will become cancer… So, take them both off.”

Firstly, there are many types of biopsies and understanding who gets what kind of biopsy as well as when to take the first step.

If you feel something in your breast, the first port of call is not the friendly surgeon offering you a “let’s just take it out in case” scenario.

So, say NO to surgical biopsies. They leave scars inside and outside, some more unsightly than others, and can miss the intended so called “problem area.”

Any breast problem, be it pain or a mass, deserves the expertise of a specialist radiologist, who should if you are younger than 35 start with an ultrasound. If you are older, a mammogram (check that it is digital) and an ultrasound are performed. The two are complimentary with a mammogram picking up calcifications, changes in density and an ultrasound looking at cysts, masses and lymph nodes (glands).

The next “say NO” is to the emergency biopsy by the radiologist. There is no galloping breast cancer, so prior to undergoing a biopsy at the radiologist, check the following:

Remember if you have a mammogram done, it belongs to you. You should and can ask for the disc (films) and are entitled to the review of that mammogram at another radiology unit. Most multidisciplinary breast centres offer clinical radiology review meetings with many clinicians and radiologists present at the meeting. The strength in mammography is in comparison, so comparing the films to that of the previous year or previous six months give the best idea of change.

The breast radiologist should be your best friend, someone to go to if you are worried about a new development or concern, a pain or new lump, where a simple sonar should allay most fears. Beware of the “dramatic radiologist,” who looks in alarm while performing your sonar or interpreting your mammogram… and insist on an emergency biopsy (no such thing).

Ask yourself the following questions:

This type of biopsy is only for special circumstances and can be very expensive. It is never necessary as an emergency, so please check first with your medical insurance prior to just giving the go ahead.

Sometimes this type of biopsy while being a nice to have is not a have to have. It should only be used in certain circumstances, such as an area of calcifications on a mammogram. It is not needed for big palpable masses and I have seen local spill of mucin from mucinous cancers (cancers that produce jelly) when this technique is used. It should never be done by a radiologist who has not explained all the potential complications (big haematoma), or the need to drop a small titanium marker in to X marks the spot, so that if the area biopsied needs to be surgically excised, it is not difficult to locate.

Before we get onto the crux of high risk lesions, let’s be clear – no emergency biopsies! It’s your body not the doctor’s; go for second opinions; get your mammograms double read; take time with decisions and go to appointments with friends and take notes.

So you have had a biopsy, what now? Get a copy of the histology and radiology report and look for the following.

What were the indications for the biopsy?

The following are considered high-risk lesions and will often result in the radiologist referring you to a surgeon: 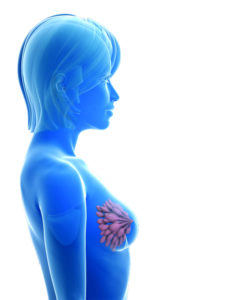 Ductal hyperplasia is not a risk lesion

Having a risk lesion is like being in a class of children with ADD (attention deficit disorder). A risk lesion means you have a risk for developing breast cancer in either breast, not just in the area where the risk lesion is detected.

We are going to separate out two classes, those with ADD (risk lesions in the breast) and those who have no ADD (no risk lesions) – I know which class I was in.

First point is supervision; the class with children with ADD require more supervision. The other class not. This translates to the class with ADD (your breasts) needing closer follow-up, so you will be asked to have a 6-month review mammogram and ultrasound to check stability. The radiologist may suggest an MRI of your breasts if the mammogram is difficult to interpret. An MRI is the equivalent to flying in a helicopter, looking for shadows (that is why it over reads) and a mammogram is like driving in a game vehicle and looking from the side – more difficult to see the animals. The density of your breast tissue is like the density of the bush, the denser the harder to see predators.

The ADD class will be advised to watch what they eat and drink (preservatives etc.)… Same with this group of women with busy breasts. We will often advise to stop exogenous hormones (Hormone Replacement Therapy), to exercise, and cut down on alcohol.

The ADD class may be advised to go onto medication (the Ritalin’s etc., not the discussion for overmedicating children here). ADD medication for the busy breast would be the SERMS (selective estrogen receptor modulators), such as Tamoxifen or Raloxifene (Evista). Both medications have been shown to decrease the risk of developing breast cancer by between 50 and 64% in some studies.

Sometimes when a risk lesion is detected (the potential delinquent child), that child is removed from the classroom. So a radiology report or a pathology report may say ‘excision biopsy recommended.’ This gives the pathologist an opportunity to analyse the tissue in more detail.

Certain rules should be adhered to prior to removal of the culprit. Review the mammogram – was a marker placed at the time of the biopsy, can you see the area of concern, is an MRI warranted on admission?

The radiologist should always mark the area (this is done in the radiology suite) on the morning of the removal (a minor surgical procedure). This is usually done by a wire guide – a small little wire is placed into the area of concern, the same way the core biopsy was sampled. Dye can also be used to mark an area, or a radioisotope injection. Ask your doctor to explain which ones are used in that particular unit.

Ensure that prior to any surgical procedure, you understand the hows and whys:

A fundamental mistake I see when surgeons are performing this procedure is forgetting that the breast on the operating table does not look like the breast the radiologist sees when it is clamped like a pancake in the mammogram machine. Gravity is not our friend and breasts, no matter how small unless more augmented than natural, all sag in a direction (either down or sideways) when a woman is lying down (like on a operating table).

The first rule is never cut down over the wire! The correct teaching for any breast surgery is approach any mass or area from a circumareolar approach (that is the brown area around the nipple), any quadrant of the breast can be reached from that approach, ensuring cosmetic scars, and burning no bridges should further surgery is required.

Confirm where the surgeon is cutting prior to undergoing a procedure – your body, your scars that you will look at in the mirror every day.

The second rule is ensuring that the specimen that is removed is photographed, confirming that the correct area is removed. I label all my specimens that are going to be visualised by mammogram with clips, allowing me to orientate the concerning area.

A titanium clip should always be left in the surgical bed, so that at the 6-month follow-up mammogram, the area of concern can be visualised.

Should the concerning area not be seen, the small titanium clip, allows the radiologist to see how far from the lesion the clip is. So now the culprit is out of the classroom and usually the pathologist just confirms it is a risk lesion.

What are the options for follow-up?

Back to the classroom and perspective as to the future progression to adulthood of children with ADD – most of them grow up to be “normal” adults…even surgeons. Yes, it is that in the ADHD classroom there is a slightly higher chance of a delinquent…. who sets the classroom alight. Actually most children just grow-up into or out of their ADHD.

Statistically you can also get a delinquent in a classroom of non-ADHD children, in fact, in breast cancer terms more people who get breast cancer (around 60%) have no risk factors (as we understand risk factors for the disease).

A small percentage of women with high-risk lesions do decide to undergo risk-reducing surgery. These women (including Angie – BRCA gene carrier) are usually well counselled about the pros and cons. They have had many triggers around breast cancer and the albatross of the “what if” has usually made the decision, the correct one for them. This is a difficult choice, a choice that should not be judged by doctors, families or friends. It is choice that is not rushed and has consequences, it is not the nirvana, and not for this topic!

So, understand before you go for your next mammogram. Screening exposes all of us to the possibility of finding something concerning. Screening is like driving with that seatbelt on. Seatbelts don’t prevent accidents, but they protect you from injury if you are unfortunate to be in an accident. Please wear your breast seatbelt and go for that mammogram to a good radiology unit and take time with all the decisions you make.

Welcome to the Apr-May 2022 issue of Buddies For Life, the theme for this issue is Choose a healthier you. END_OF_DOCUMENT_TOKEN_TO_BE_REPLACED

Welcome to the Apr-May 2022 issue of Buddies For Life, the theme for this issue is Choose a healthier you. END_OF_DOCUMENT_TOKEN_TO_BE_REPLACED

Welcome to the Feb/Mar 2021 issue of Buddies For Life, the theme for this issue is Feb/Mar 2021. END_OF_DOCUMENT_TOKEN_TO_BE_REPLACED

Welcome to the Feb/Mar 2021 issue of Buddies For Life, the theme for this issue is Feb/Mar 2021. END_OF_DOCUMENT_TOKEN_TO_BE_REPLACED